With a Brain the Size of a Planet

One of my favorite reads is the Douglas Adams’ “trilogy” (there are more than 3 books) of the Hitchhiker's Guide to the Galaxy.  It’s a spoof of science fiction with colorful characters and insane plot twists.  Throw Star Trek, Star Wars, and Monty Python’s Flying Circus into a mixing bowl, put it in the microwave, and you get the gist of Hitchhiker’s.  There is Zaphod Beeblebrox, the two headed, 3 armed president of the galaxy; there is Ford Prefect, a hitchhiker from from a planet near Betelgeuse; there is Deep Thought, the super computer who figures out the answer to life, the universe, and everything (which is of course ”42”); and there is Marvin “the paranoid android” who is a robot. 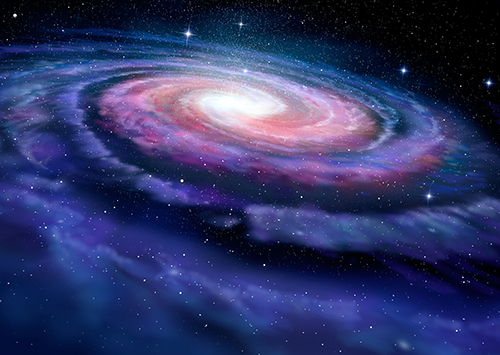 Marvin is particularly amusing. He is a bit neurotic and is miserable most of the time. When asked how he is feeling, he remarks “I have a terrible pain up and down all the diodes on my left side”.  One particular incident comes to mind where, due to the zany plot, Marvin is sent out to stop a huge evil tank robot who is equipped with several powerful weapons. Think of the famous photo of the single Chinese dissident standing in front of the huge army tank in Tiananmen square.  Marvin informs the evil tank that he alone, as a miserable little robot, has been sent out to stop him. He continues to point out how ironic it is that he, Marvin, who says he has “a brain the size of a planet” has been sent to stop the huge tank just so that the inferior human heroes can escape.   This angers the tank so much that he ends up (spoiler alert!) destroying himself with his own array of weapons. Thus Marvin got the seemingly impossible job done.

Once again, there is a method to my own madness of tying this exploit of Marvin the Robot to PULSEROLLER controls.  We like to think that as far as network-based conveyor controllers are concerned, ConveyLinx ERSC has a “brain the size of a planet”.  I have been a witness to that “light bulb going off look” on the faces of countless folks in our training classes when we go over all of the things you can do with an ERSC.

However, an ERSC can be used in a way where its huge brain is really not required.  Some of you may not know, but you can put an ERSC into a mode where it essentially shuts down most of its brain and will allow you to use it as two “dumb” drive cards.  On EasyRoll’s “Connections” Advanced Dialog tab, there is a checkbox for “Hardware Mode”. In this mode, the ERSC turns off all ZPA functions and you simply provide hardwired signals to run each motor through its respective Control Port.  No network is used. It is as if you have two “dumb” motor commutation cards that you wire up to run. This could come in handy in the right situation.

So, it just goes to show you that even if you have a large brain, you don’t always have to use all of it to get the job done.